A busy July for Clapham Runners near and far, our July round up takes us from local parkrun milestones to international ultras and everything in between.
Marie-Anne completed her 200th parkrun, celebrating this milestone at our local Tooting parkrun complete with Kieran’s famous Guinness cake and Tooting Common parkrun friends.

On the other side of the world our recently relocated Rachel completed her 100th parkrun at North Sydney parkrun celebrating with new parkrun friends.

A little closer to home, Rob travelled up to the Peak District continuing his series of challenging events by completing the Maverick X trail run, a beautiful day enjoying awesome views and hard hitting hills. 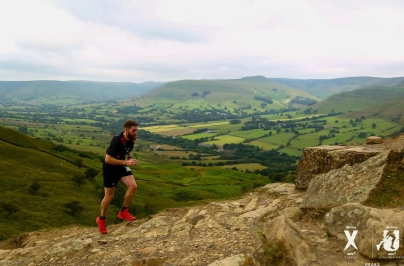 We have welcomed Anneka back at training in London during July, both Tuesdays & Thursday whilst holidaying back in the UK… if this wasn’t commitment to the cause she also stumbled upon a race whilst on holiday in Italy which she promptly entered and completed. 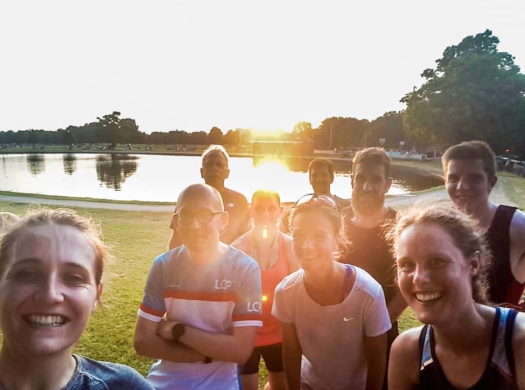 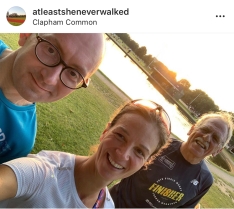 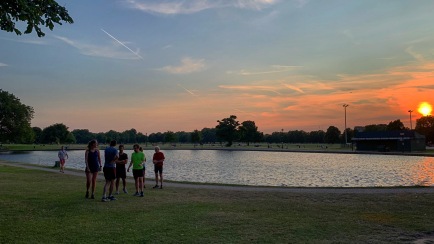 Back on home turf our July social landed us at Chase the sun on Clapham Common, an excellent Runthrough event allowing the choice between 5km & 10km on the night, Frank & Niamh completing 5km and Tom, Rob, Phoebe, Steve, John & Emma 10km, with 2 PBs from Tom & Emma + burgers and pints as a post race reward.

Back in June we were offered 2 places in the Asics 10km and the opportunity for the 2 participants to be fitted for a brand new pair of trainers, after a fastest finger first email response, Ken & Steph were measured up and stepped out in their new trainers on the streets of London with Steph running a new PB! The new speedy trainers clearly making a difference… or was it the return to track on Thursday?! 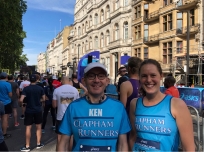 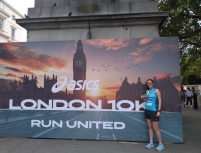 Back to our Clapham Runners abroad, 5 took on the Eiger 51 ultra trail race in Grindlewald, Switzerland, aptly named the panorama trail, so many shots to choose from this beautiful route and huge kudos to Krysia & Martin in the couples category, Rachel, Peter & Siobhan for their efforts in the individual category. 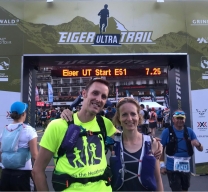 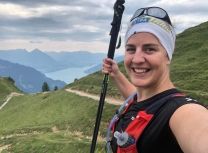 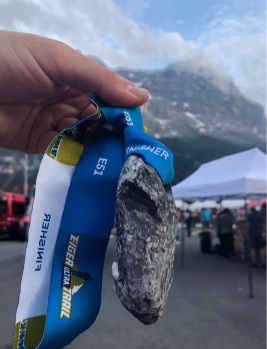 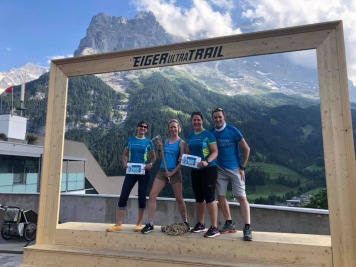 George getting his 2nd mention and mixing up the disciplines, diving into Docklands for the London Triathlon Olympic Distance, his 2nd Triathlon event in preparation of Ironman aspirations!

Raising the stakes even further Rob has travelled out to the Gobi desert to take on the Gobi March, 6 stage ultra marathon covering 250km a 7 day expedition through varied terrain from Khar Bush Balgas Fortress to Erdene Zulu Monastry, check back in August to see how he gets on!
To finish of the July report the track sessions have been hotting up through the July heatwave so much so during recovery we’ve managed to capture the lesser spotted Jon in coaching action!! 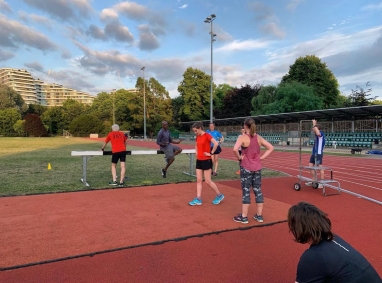 Smiles after a short but hot common session! 💪
Tonight's club for an ever changing Fartlek session, a tough one but another session under the belt for future events 💪
Last week was a warm one, here's to sunshine sessions again this week 💙
Tuesday Track this week